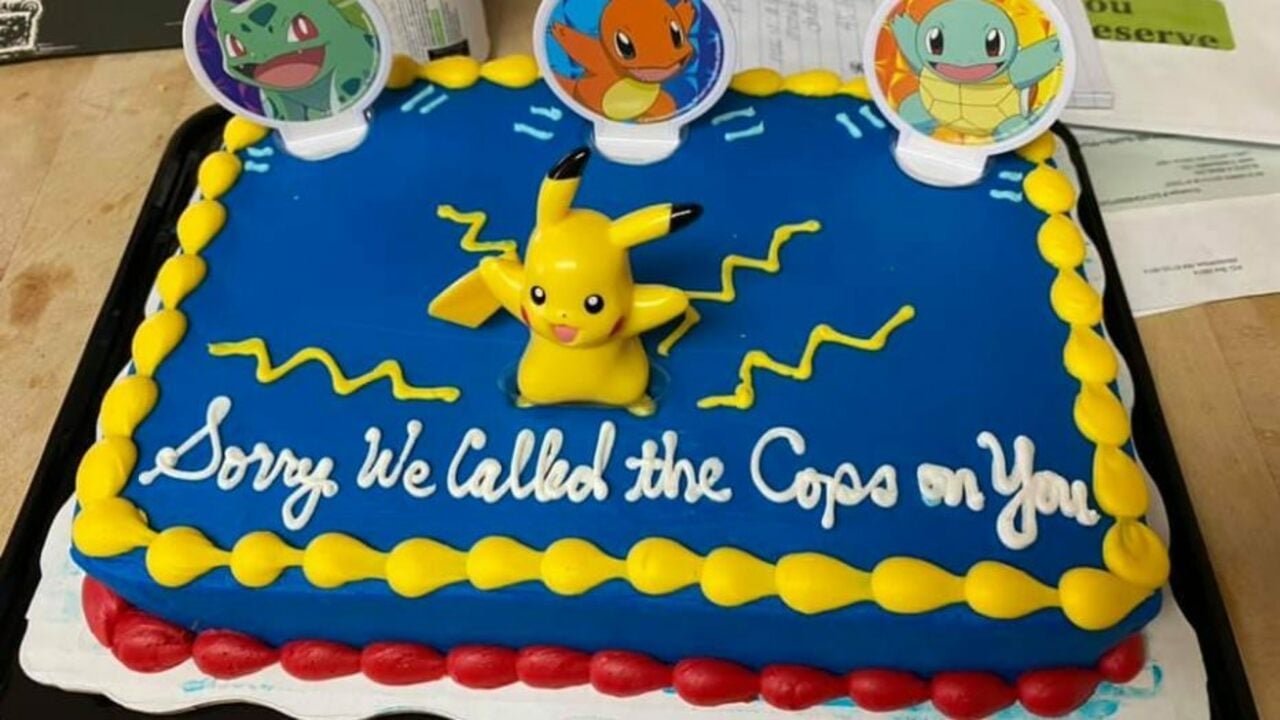 A Minnesota resident called Amy Kellems has hit the news this week after receiving an apology Pokémon cake from one of her neighbours. As reported by Fox35Orlando, Kellems decided to make full use of her neighbourhood’s current quietness by taking her daughter outside to play Pokémon GO, driving around in a car and stopping at any points of interest within the app.

Eventually, they were pulled over on their driveway by police who had received a call mentioning a “suspicious” vehicle. Kellems told the officials that they were simply playing the game, going on to share the story of what had happened on US-based social networking site, Nextdoor.

This post was spotted by Kellems’ neighbour, who just so happened to be the one who had called the police on them. Apparently, the neighbour felt “really bad” about the mix-up. Kellems said:

“I understood it looked a little creepy with my car just cruising along slowly and pulling over for imaginary stops. Once she heard what I was doing, she felt really bad about it.”

So what happened next? Well, the neighbour who called the police went round to apologise and offered a Pokémon cake with the words “sorry we called the cops on you” written on the top. Excellent. You’ll be pleased to know that the neighbour reportedly stood “10 feet back” to deliver the package.

I wasn’t going to post this.. because it’s slightly embarrassing that this was not the first time this has happened to…