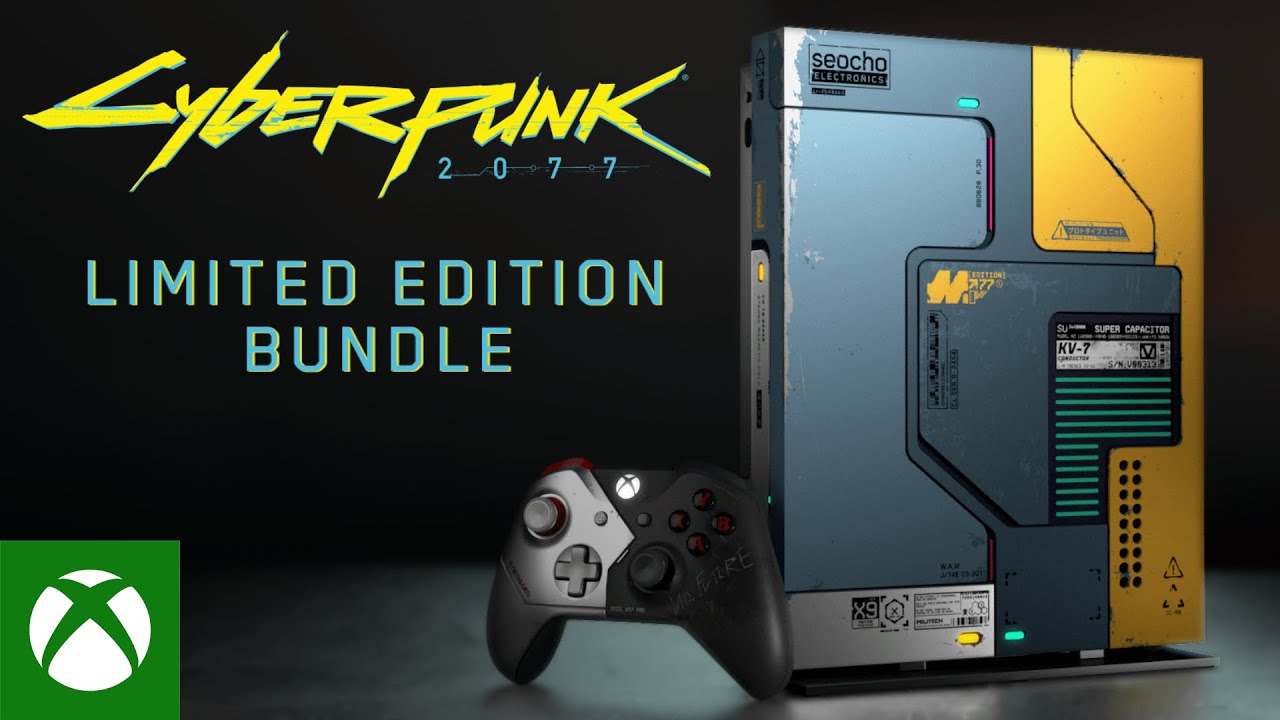 Microsoft has revealed the Cyberpunk 2077 Limited Edition Xbox One X it was teasing earlier this week.

As you can see in the video, the 1TB Cyberpunk 2077 Limited Edition Xbox One X is the same console that popped up on Twitter earlier in the week.

The back of it features glow-in-the-dark letterings and a symbol, which kind of matches the included controller leaked by Amazon Canada. It also features laser etching and an LED light.

It will be available in June.

The game is due to launch for PS4, Xbox One, PC, and Google Stadia on September 17.

If you’re in the mood for more Cyberpunk ahead of release, here’s some information on what to expect as far as DLC, some gang logos and wallpaper, multiplayer, and everything else we know about the game so far.