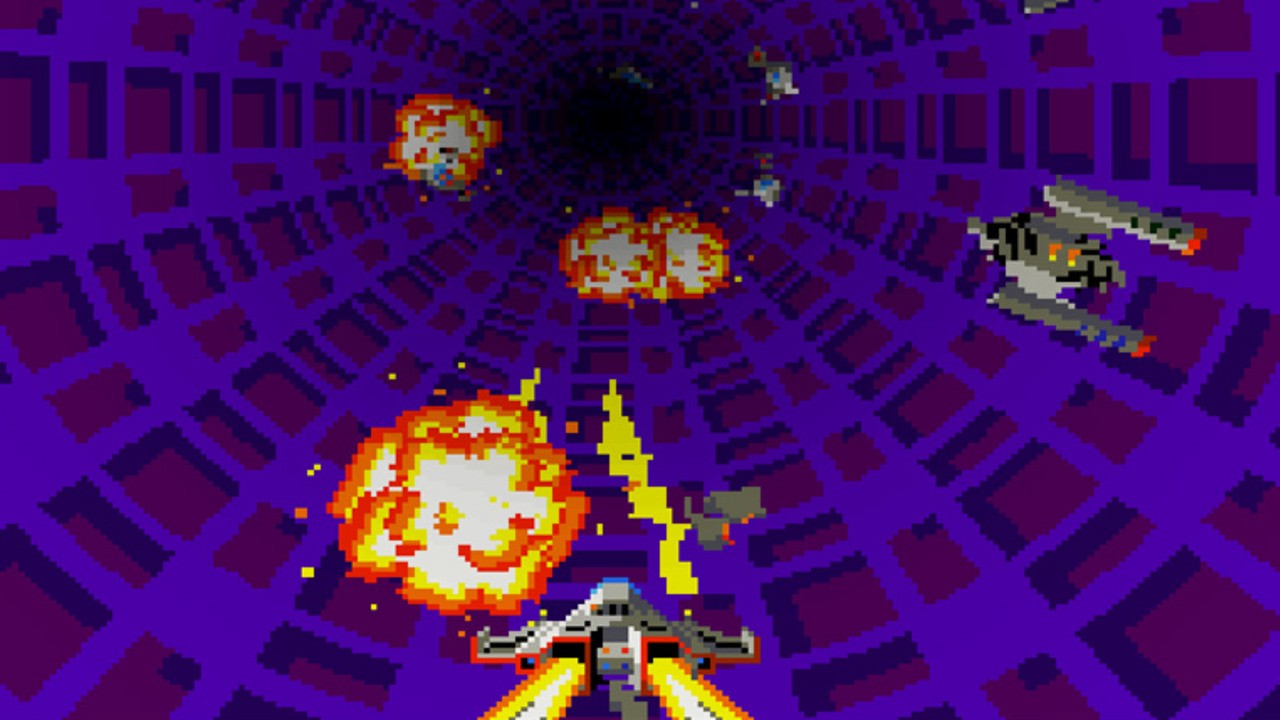 Tube Panic is this week joining Hamster’s Arcade Archives collection on the Nintendo Switch eShop. The 1984 arcade shooting game was originally released by Nichibutsu (long before Hamster Corporation acquired its entire library in 2014) and is considered to be the first game circuit board to feature a 3D rotation function.

Here’s a little bit more about the game itself, courtesy of the official PR:

A mysterious tube net appears before the command ship Marcus as it cruises through space. Use 360 turning to battle enemy ships hiding in the depths of each stage, and face off with the mother ship’s fleet waiting at the end.

As usual, this is a faithful reproduction of the arcade version and comes with additional features such as the ability to change various settings and compete against high scores set by other players from around the world.

This follows on from last week’s release, which was the 1989 Jaleco shmup, Plus Alpha. Will you be adding Hamster’s latest release to your digital collection on the Switch? Leave a comment down below.