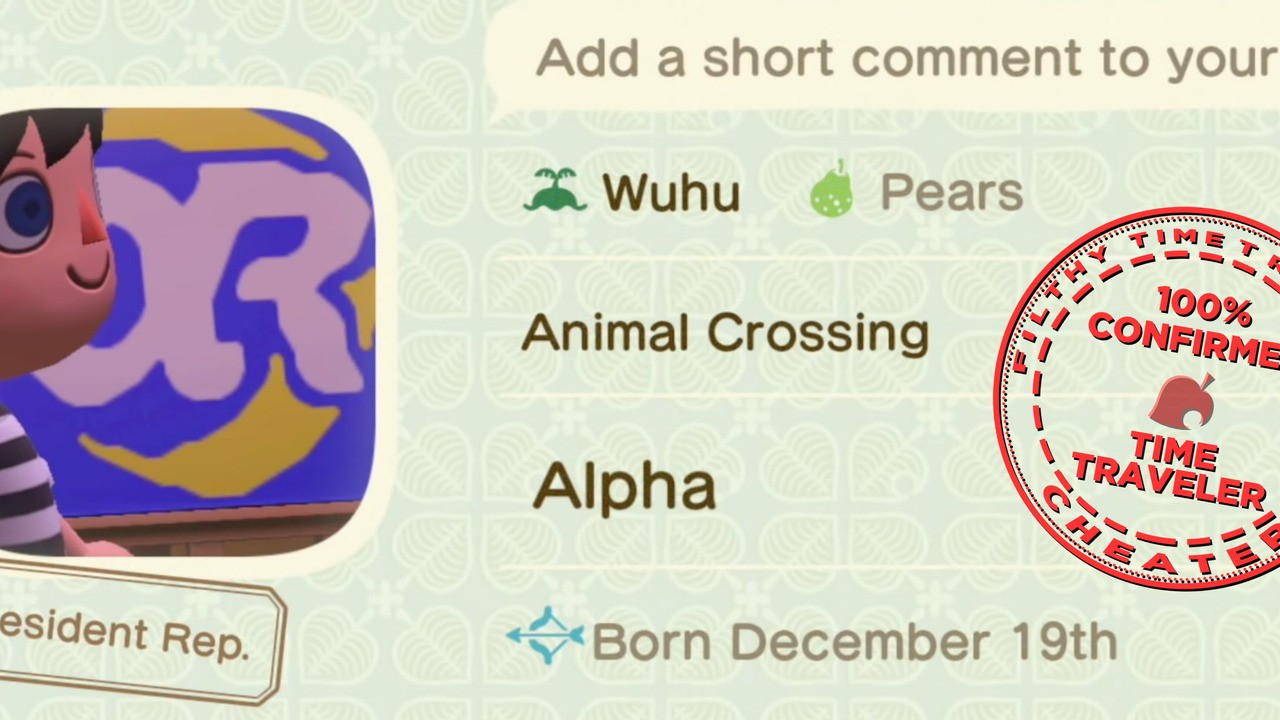 One heated topic that keeps resurfacing on a weekly basis is time travelling in Animal Crossing: New Horizons. Nintendo’s already taken extra measures to prevent time travellers from spoiling the fun for other players, and we even ran a poll earlier this week asking what the community thought about this playstyle – with more than 30% disagreeing with the idea of it.

Even the former Nintendo of America president Reggie chimed in last week, reassuring fans he would “never” time travel in Animal Crossing. Now, Jules Conroy, the guitarist for Crypt of the NecroDancer and last year’s Legend of Zelda game, Cadence of Hyrule, has shared his own thoughts. Over on Twitter, he decided to petition for a passport stamp to label individuals who time travel in the game. Take a look below:

The tweet has since blown up, with nearly 5,000 likes at the time of writing. While Jules, later on, says he was “just poking some fun”, he did go on to agree with the idea of making it impossible for time travellers to 100% the game:

In past Animal Crossing games, time travelling resulted in broken relationships, lots of weeds in your town and villagers asking where you’ve been. As already noted, Nintendo has made some attempts to combat this playstyle in the latest entry, but there are still certain ways to go about.

Do you agree with the above idea, even if it is just a bit of a joke? Do you think there should be more serious penalties in place for time travellers? Share your thoughts below.

All PlayStation 5 Games and Release Dates – PlayStation LifeStyle
Poll: What’s The Best 3D Sonic Game?
Nintendo says the Animal Crossing: New Horizons Fall update is ‘around the corner’
Tactical shooter Squad has finally launched out of early access
Life is Strange Devs Provide Update on Series After Revealing That They’ve Moved on to a New IP