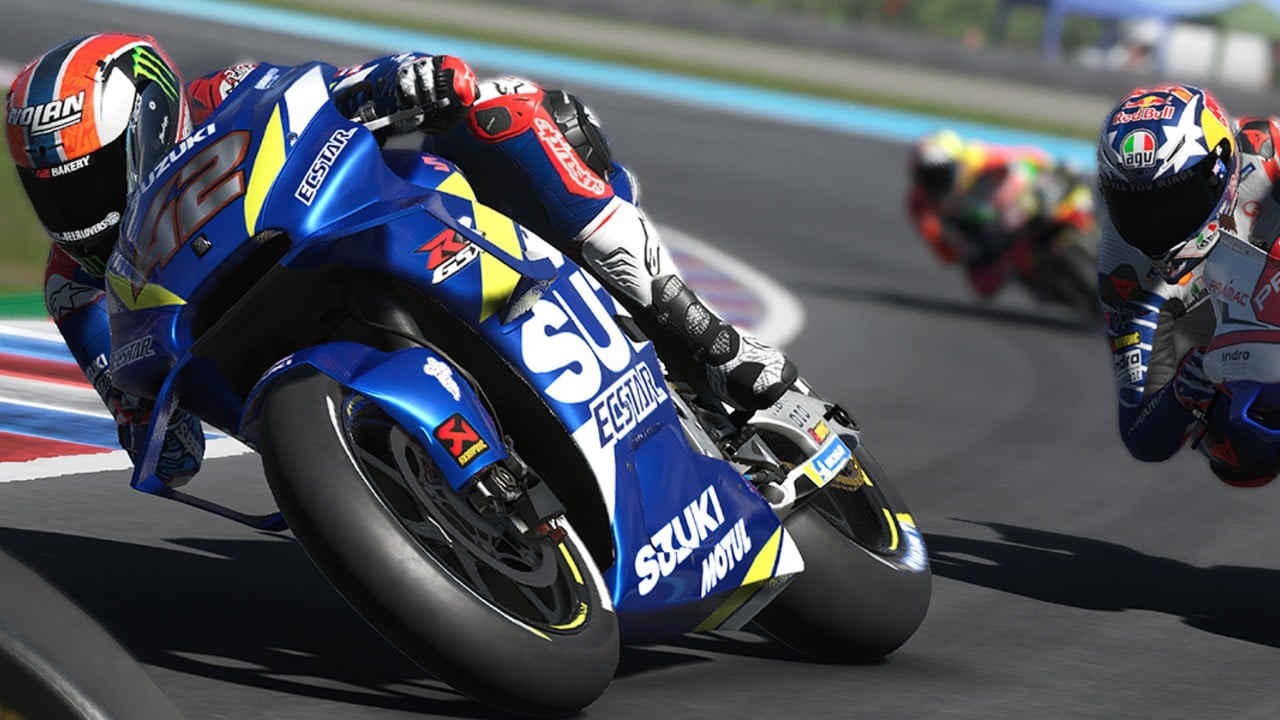 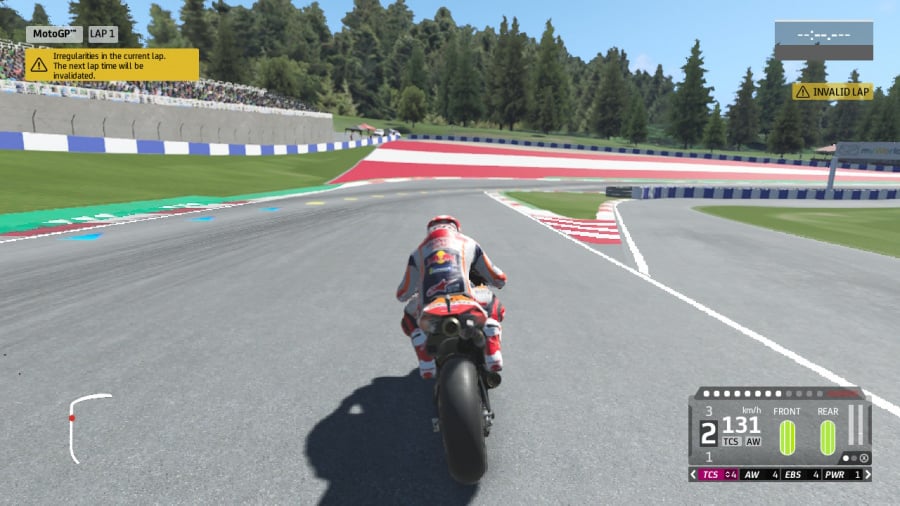 With over 25 years of experience in the racing game development scene, it’s safe to say Italian studio Milestone has cemented its place as one of its most prevalent developers. Outside of the official F1 and WRC games, it’s established a foothold in almost every facet of modern motorsport and while double-A budgets haven’t always produced the slickest of end products, it’s gradually built a portfolio of solid racing simulators. MotoGP 20 is the latest addition to that portfolio, continuing Milestone’s commitment to Nintendo Switch as a platform, and showcasing just how far its recreation of motorcycle racing’s premier league has come.

And with the sporting world effectively on hold at the moment, simulators have become even more essential. Thankfully, Milestone has been working hard with some much-needed changes to the core mechanics of bike performance. The introduction of a new asymmetric tyre wear model recreates an authentic deterioration of your tyres, something that you’ll really feel when playing on Realism and Extreme difficulty modes. Both fuel consumption and braking have also been revamped, with the latter incorporating the ability to control front and rear brakes independently (or you can map both to the one trigger if you’re feeling cheeky). 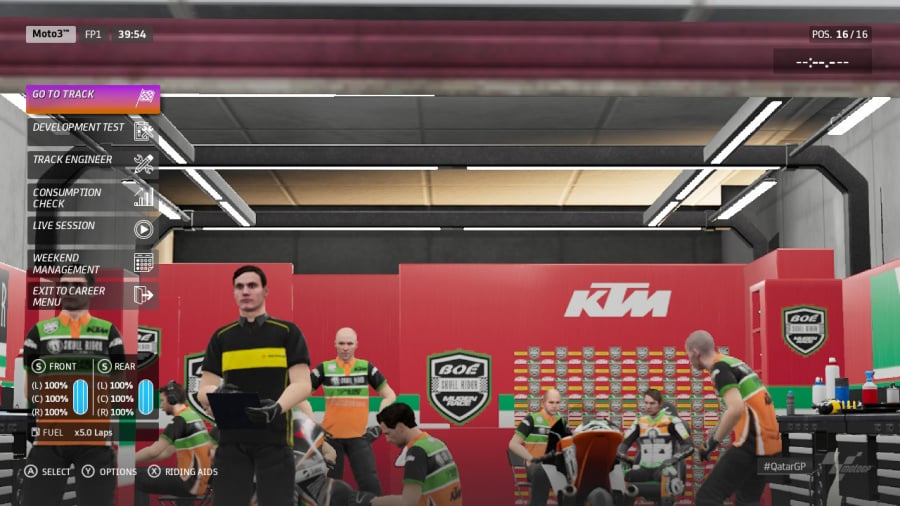 For purists and long-time players, these challenges will feel like a breath of petrol-scented fresh air, but Milestone’s dedication to perfecting the crispness of its on-track racing comes at a price: the threshold for novice and newer players. Despite all the modes MotoGP 20 has to offer, it’s really lacking in a proper tutorial mode. Of course, you can tweak braking and other options at any time, but the game really needed something to break down the different systems and how greater control can reap faster lap times at the risk of being punished for the slightest error.

Overall, this is the best package Milestone has ever produced in terms of polish and overall presentation. The overall orange and pink colour scheme really works, as do the smooth transitions between modes and screens. The use of actually decent stock music (something Milestone racers have always struggled with) might seem minor, but it shows that the developer has really been taking note of the quality Codemasters has been pulling off with its premier Formula 1 series in recent years.

That extends into the Career mode, which delivers one of the best and most in-depth takes on the sport yet. The newly introduced aerodynamic model and the impressively detailed damage system will affect how your bike performs at high speeds, and while you can turn this off (a wise decision for less experienced players) it makes for a thrilling recreation of high-speed motorsport. The better you perform, the better the sponsorship and contracts. With more cash comes the ability to hire more experienced engineers who can upgrade and enhance your bike based on your feedback. It’s just a shame that the commentary track never really lifts the experience; instead, it comes off as flat and phoned-in. 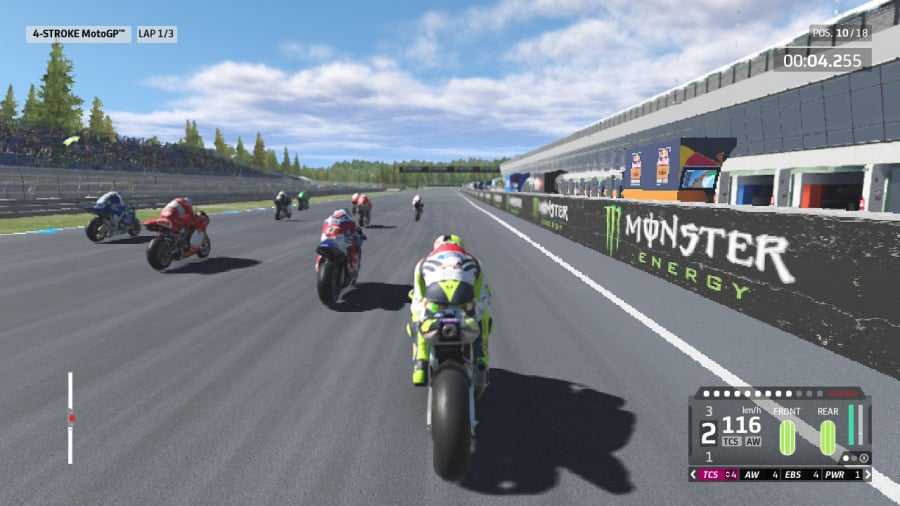 Historic Mode is easily one of MotoGP 20’s best additions, serving up a cross between the relatively common scenario-based challenges we’ve seen in other racing and sports sims and the daily activity/reward setup designed to keep players returning every day. Don’t worry, it’s not a ‘battle pass’ with a price tag, but rather a set of three challenges that take inspiration from memorable races. Admittedly, Milestone doesn’t quite plumb the depths of its own history in a way we would have liked – niche motorsport or not, MotoGP has seen some incredible moments in its 70-year history – but there are still some interesting scenarios to wrestle with.

What sets it apart is the way each scenario changes not just the conditions of the race day or track, but the specifications of the bike. You’ll likely sink a considerable investment of time into the Career mode, systematically graduating from Moto3 all the way up to the big league itself, but having to control a four-stroke beast as it roars (especially when you’re competing on Extreme difficulty) you’ll find your honed skills pushed to the test. The rewards you earn can then be spent in the Historic Market, which regularly updates with new riders and bikes. It’s basic, but it’s a step in the right direction for the series in terms of player retention. 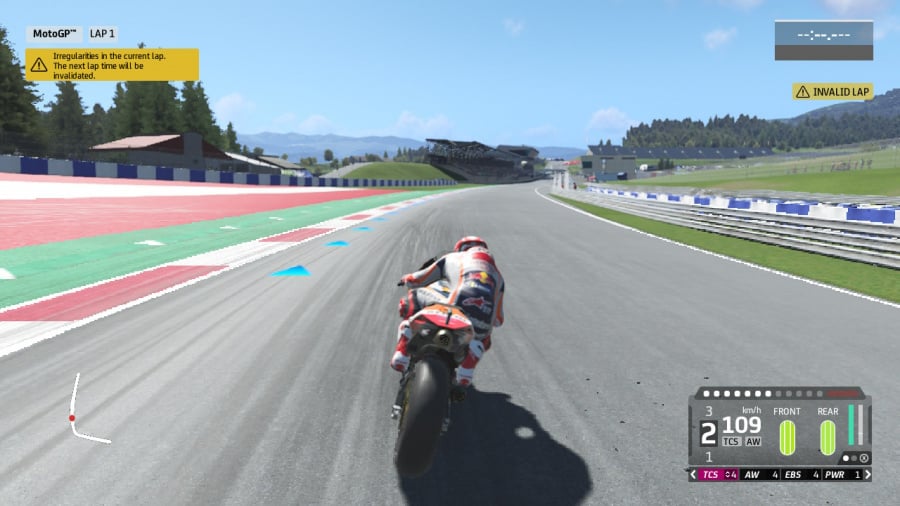 In terms of performance, MotoGP 20 is one of the better ports of Milestone’s considerable catalogue. The developer has been known to struggle when it comes to visual polish on the track (just look at the early MXGPs on other console platforms back at the start of the generation), but improvements to overall performance have made it into the Switch version as well. While there is some blurring and rasterisation on drivers and on-track environmental assets, the overall presentation is impressive, especially with the rendering of the assets around the track itself. The framerate is stable too, which makes all the difference when you’re jostling for position on the final lap.

The MotoGP series has been a bit of a mixed bag over the years, but with MotoGP 20 Milestone is finally beginning to realise its vision for a full-bodied racing simulation. The considerable Career mode offers a deep management experience, while the introduction of Historic Mode adds a fun way to earn rewards for daily challenges. But it’s the changes to on-track performance and the deeper bike mechanics that make this a truly realistic, if not particularly penetrable, experience.

Yooka-Laylee Teams Up With GungHo’s Volta-X This November
PS5 pre-sold as many units within 12 hours in the US as PS4 did during 12 weeks of pre-orders
This Week on Xbox: October 30, 2020
Looking Back to 2015 with Halo 5: Guardians: Out of Step
What to Expect When You Boot Up Your Next Generation Xbox on Day One