I’m Tyler Lansdown, Community Manager at NetherRealm Studios, and I’m writing to tell you about Mortal Kombat 11: Aftermath, the next chapter in the story of Mortal Kombat 11.

Now, if you haven’t completed the story campaign, you might want to skip the next paragraph.

[Spoiler Begins] Here’s how it ends… Raiden merges his powers with Liu Kang to form Fire God Liu Kang. Thanks to his newfound godhood, Liu Kang is able to infiltrate Kronika’s Keep, destroy Kronika and her Hourglass and save the timestream… and the world. That should be it, right? It is not. Not even close. Mortal Kombat 11: Aftermath takes place moments after Fire God Liu Kang’s battle with Kronika. We learn very quickly that the battle isn’t over as Liu Kang must join forces with some old friends and his biggest adversary to ensure his fight with Kronika was not a Pyrrhic victory. [Spoiler Ends]

Mortal Kombat 11: Aftermath is an unprecedented expansion for franchise. Not only will you fight through a brand-new story campaign, you can also enter the fight as three new Kombatants – Fujin, the God of Wind who can walk on air and comes armed with a sword and crossbow; Sheeva, the Shokan warrior who attacks with a deadly bladed shield and brutal grappling moves; and the iconic Robocop, the highly advanced cybernetic police officer who comes to fight with his trusty Auto 9 and an arsenal of technological weaponry.

We’re also bringing a free update to all Mortal Kombat 11owners in conjunction with the Mortal Kombat 11: Aftermathreleasethat includes new Stage Fatalities and four new Stages, including the Soul Chamber, Dead Pool, Kronika’s Keep and the RetroKade, an exciting new arena where you can relive famous Stages from the Mortal Kombat past. And that isn’t all, we are excited to announce the return of Friendships! From rainbows to hugs to sultry saxophone solos, you can show your opponent that you truly care by letting them live another day!

We can’t wait for you play Mortal Kombat 11: Aftermath, available digital first on May 26 on Xbox One. 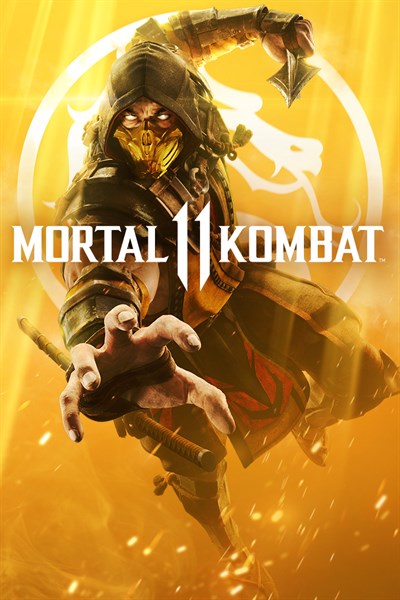 ☆☆☆☆☆
378
★★★★★
Xbox One X Enhanced
Mortal Kombat is back and better than ever in the next evolution of the iconic franchise. The all new Custom Character Variations give you unprecedented control to customize the fighters and make them your own. The new graphics engine showcasing every skull-shattering, eye-popping moment, brings you so close to the fight you can feel it. And featuring a roster of new and returning Klassic Fighters, Mortal Kombat’s best in class cinematic story mode continues the epic saga over 25 years in the making.
This article was originally published by Xbox.com. Read the original article here.
Share on Facebook
Share on Twitter
Share on Pinterest
Share on LinkedIn

Review: Ultracore – DICE’s Lost 1994 Run And Gun Shooter Is Reborn On Switch
Robozarro brings manic physics-based action platforming to Xbox One, PS4 and Switch
Rogue Lords is a roguelike where you play as the devil taking revenge on Demon Hunters
UK charts: Five Nintendo Switch games in top ten
The First Review For Paper Mario: The Origami King Is Now In