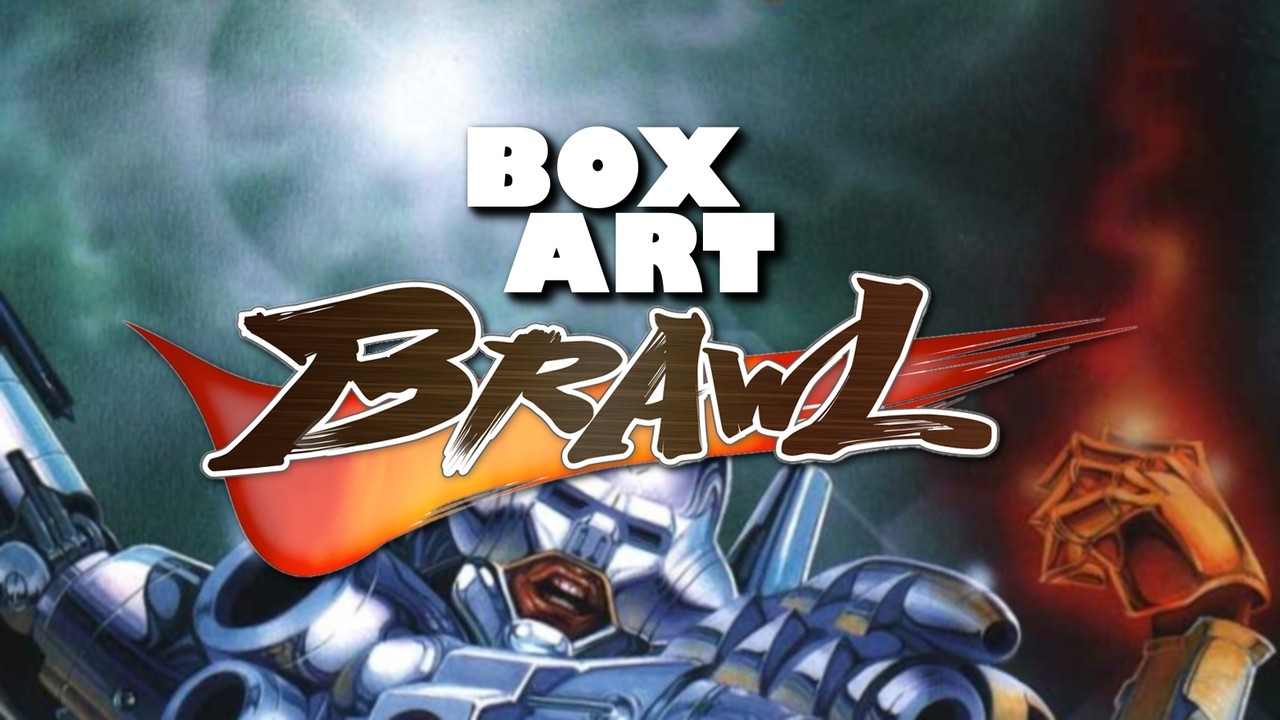 It’s time for another round of Box Art Brawl, your weekly opportunity to get uppity and opinionated over regional cover art that once adorned the packaging of video games around the globe.

Last week the European cover of Pikmin 2 emerged victorious after scrapping with its brethren from Japan and the United States. Yes, the EU cover (which was also used in Canada) won with over half of the total votes cast, with the US version not far behind and Japan languishing in last place.

This week we skip backwards two generation to Factor 5’s Super Turrican on the Super Nintendo. Super! This run-and-gunner released in 1993, although more recently you may have seen (or played) the nifty 6MB Director’s Cut of the game integrated into every Analogue Super NT.

Let’s cut the talk and take a look at this week’s candidates, starting in North America…

The North American version uses art from Turrican II: The Final Fight (as did the European version and the sequel), a game which released on other platforms. It is surrounded with the usual NA Super NES cover accoutrement, including a tech-brag tagline. We’re suckers for that sort of thing and “HIGH-TECH TERROR IN FULL DOLBY SURROUND SOUND” pushes our right buttons just right. Less welcome are the endorsements baked into the cover here from GamePro and EGM. Actually, the EGM on is fine, but while the GamePro one gives us a shot of nostalgia (ah, remember the days of ‘Fun Factors’?), it’s a distractingly ugly box that hides the quality key art below.

Top it all off with a pleasant red-orange-yellow logo, not to mention that snazzy publisher logo from Seika, and you’ve got a strong opener that could have been better.

The Japanese cover used totally different artwork which focuses on a figure with a gun who looks not unlike the Guyver. We like the gold embossed logo over the flaming ball-thing and the background conveys a sense of movement well enough. The blurred blue backdrop feels a little bland, though. And Tonkin House’s publisher logo (the yellow oval in the bottom right corner) is, frankly, rubbish.

So once again, decent, but could do better.

The European version flips the art used in the NA variant (presumably so the logo could stay in the centre without blocking our view of the big gun) and we get a glimpse of some creatures flanking ol’ Tony Turrican. The entire image is reduced in size compared to the American version, as is the logo, and there’s an awful lot of black on this cover which might have been better used.

This version has its token distracting yellow box thanks to the Hudson Soft logo, a real mood killer if we’re honest. It also loses the tagline and feels (to us) like a watered-down, conservative take on the North American cover.

So, there they are. They’ve all got their faults, but which one floats your boat? Click your favourite and hit the ‘Vote’ button to let us know below:

And that’s your lot for this round. Join us again next weekend when three more candidates come on down for some rough-and-tumble. See you then!