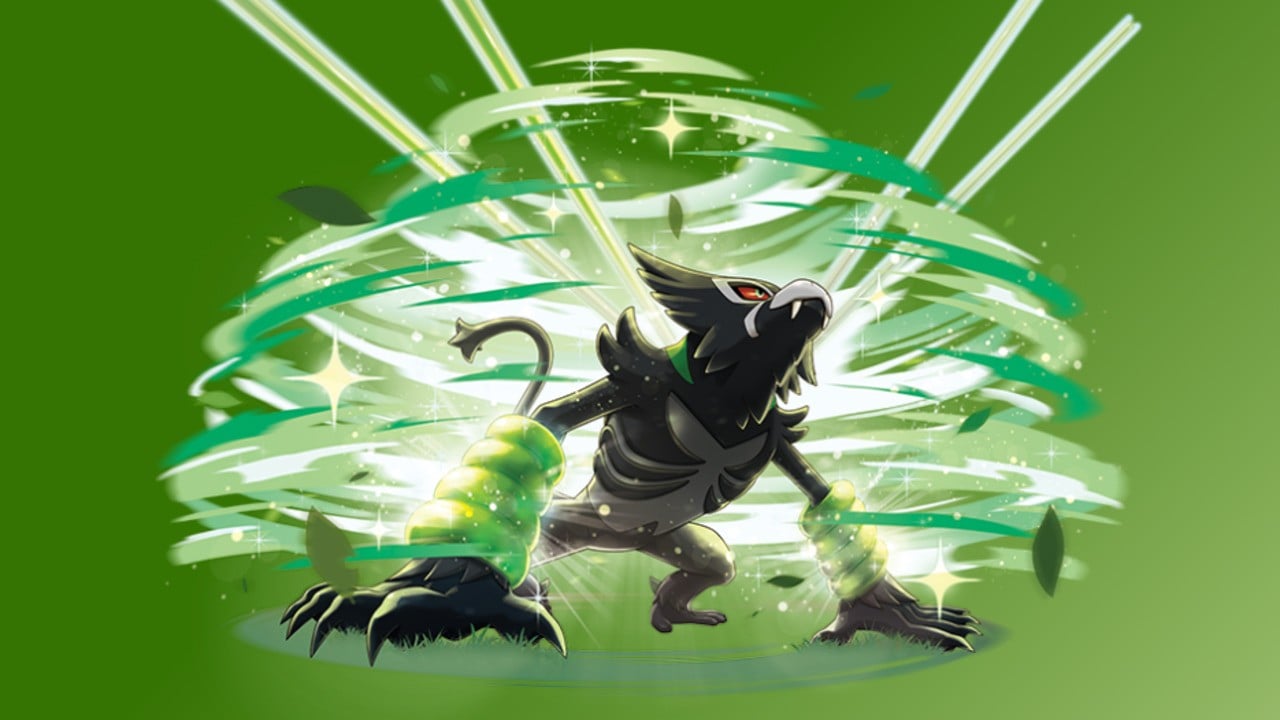 Next month, trainers from around the world will return to the Galar region in Pokémon Sword and Shield to visit The Isle of Armor – part one of the game’s expansion pass content. Both of these news areas will contain new characters, areas, and Pokémon not previously obtainable in the main game.

It looks like there’ll also be some new moves added to the game as well. Dataminers have supposedly been digging around in the latest mobile version of the cloud-based storage service Pokémon HOME and have unearthed 21 moves – which are expected to be included with the game’s DLC update. Take a look below:

One move that might sound familiar is Jungle Healing. It’s the signature healing move of the new mythical Pokémon, Zarude. Here’s a bit about it from the official Sword and Shield website:

Once Zarude reaches Lv. 90, it can learn Jungle Healing—a unique move only Zarude can learn.

In this Grass-type status move, the Pokémon wraps its vines around trees and absorbs their energy, then releases that energy combined with its own. Healing power radiates around the area and heals both the user and its ally Pokémon, restoring their HP and curing them of any status conditions.

Apart from this, there are no additional details – but each one seems to sound like a Pokémon move. It probably isn’t hard to guess the Pokémon types moves such as “Grassy Glide” and “Scorching Sands” match up with, either. The word “Coaching” is also included on this list, but dataminers seem to think it’s a placeholder of sorts.

While this information does come from a datamine, take this all in with a grain of salt. The Sword and Shield expansion pass, containing The Isle of Armor and The Crown Tundra, will set players back £26.99 / $29.99 and can be pre-purchased directly from the Switch eShop right now.

Will you be returning to the Galar region next month? Tell us below.