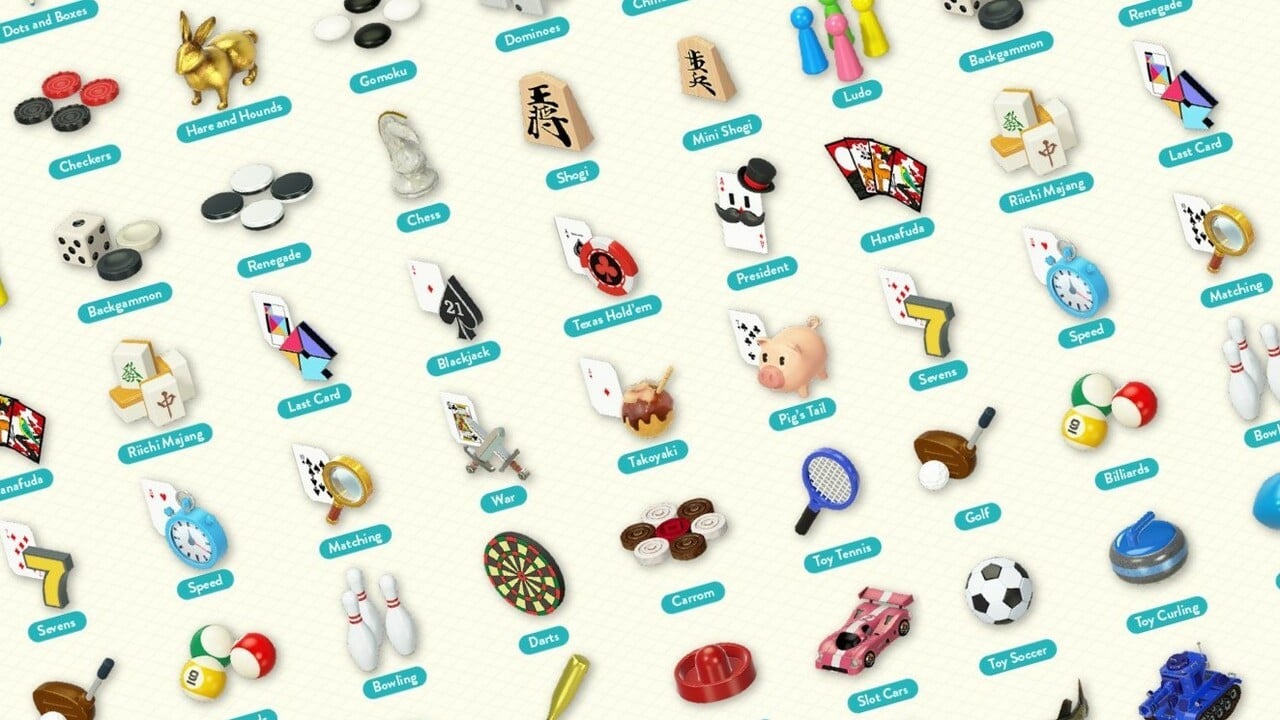 If you’ve been eyeing Nintendo’s upcoming collection of tabletop games but haven’t been bothered enough to read a list of the classics contained within, Nintendo of America has kindly supplied a single handy image via Twitter that shows each of the 51 games. They’re all there for you to peruse at your leisure and decide for yourself if they are indeed ‘classics’, each and every one.

The title of the game might be Clubhouse Games: 51 Worldwide Classics, but anyone who can do their 6x tables (or who can count) may notice there’s actually 52 games here. As previously revealed, there’s a 52nd piano-based ‘game’ included in the package that makes the game’s title a big fat outrageous lie. These games companies, eh?

Grab your specs (or just prep that thumb and forefinger for some pinch-and-zoom action) and take a look at the lineup below:

A nice little collection, don’t you agree? The game is coming on 5th June, so there’s a little wait yet, but our intrepid video man Alex has had it for a little while now – you can check out his hands-on impressions of these 51 (sorry, 52) gems in his video on the subject below:

Looking forward to this old-school cavalcade of classics? Anything missing from that lineup that you would have liked to see included? Let us know below.

Looking Back to the Tomb Raiding Antics of 2010’s Lara Croft and the Guardian of Light
Next Week on Xbox: November 3 to 6
Here’s How Your Feedback Helped Shape Bravely Default II Ahead Of Its Release
Apex Legends – Stories from the Outlands: “Promise” Trailer
Review: Angry Video Game Nerd 1 & 2 Deluxe – A Double-Dose Of Accomplished Platforming Action