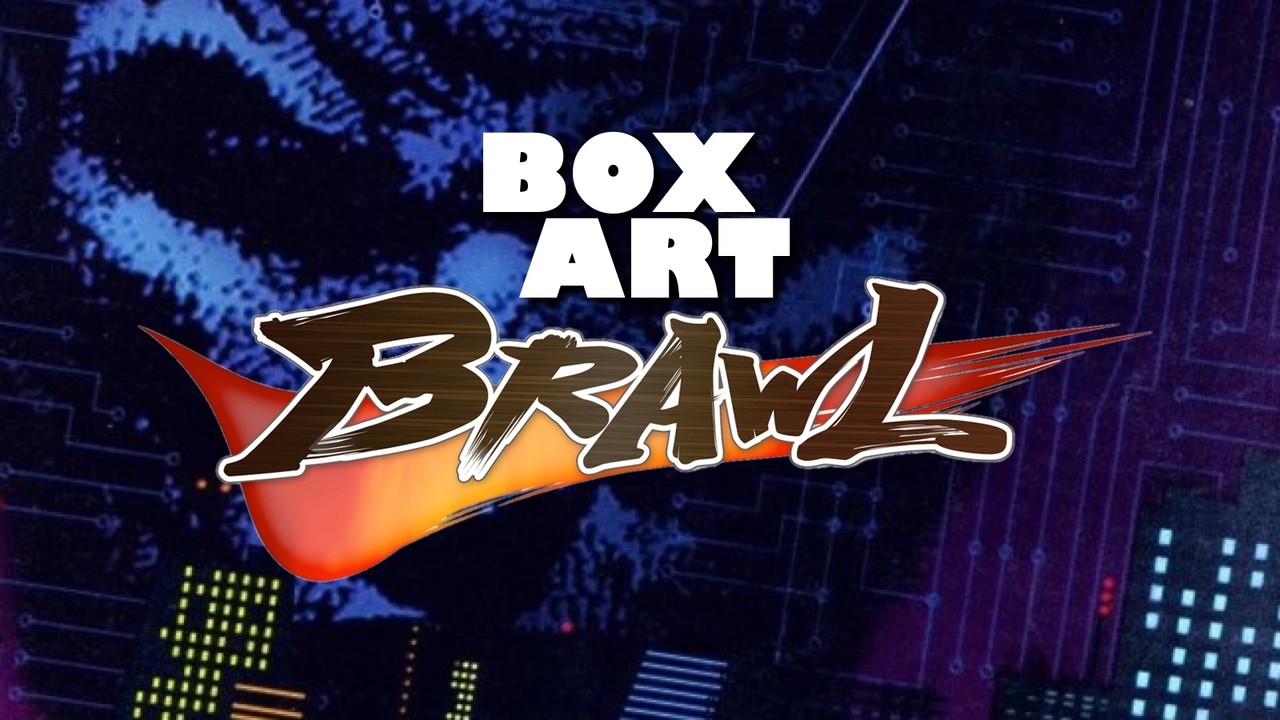 Welcome back to the Box Art Brawl, our weekly poll to find out which regional box art variant of an old video game is best.

Last week we looked at the three main cover variants for Sonic the Hedgehog 3. The North American Genesis version won out in the end, with Japan not too far behind and Europe trailing in third place. Evidently, poor old Europe just couldn’t keep up with the blistering speed of the NA cover.

This week we’re looking at Beam Software’s Shadowrun on SNES, a cyberpunk action RPG from 1993. Adapted from the tabletop RPG of the same name, it was a moody game and an excellent addition to the system’s library. Crucially for our purposes today, the three principal regions all got quite different cover art, too. Everyone’s a winner!

So, let’s begin with a gentle jog and build up to a Shadowrun, shall we?

The North American cover puts the emphasis on the rather splendid logo (just look at the ‘S’) that hooks a horned skull around a scroll emblazoned with PCB-style etchings. Those markings are mirrored in the background in gold on white.

We get a semi-nonsensical tagline (“Life on the cyberpunk fringe of the future…”) in the border on the right, plus the awesome Data East logo embedded on the PCB. The gold sticker in the bottom left advertising sweepstakes is cut ‘around’ the background detail and isn’t as obtrusive as it otherwise might have been.

For the European release we see the same logo redrawn and recoloured here, along with a gun-toting goblin-orc creature fighting a couple of ’80s punk-ass goons that look like they’ve wandered off the Streets of Rage.

The green background isn’t fantastic, although it helps highlight the figures for the viewer, and we like how the demon dude is breaking out of the border. His Wolverine-style claws look a bit impractical while holding a firearm (we wonder how many times he has stabbed the fingers of his left hand with them), but the mix of the fantasy and cyberpunk styles here holds your attention.

The Super Famicom cover goes full Blade Runner with a street scene and an orange-red cityscape at the top. The bustling street has plenty going on, although the image is a little zoomed-out to be able to pick much out without pressing the box to your nose.

What’s there is good, though, and we especially enjoy the Data East logo being used as a street sign. And once again, that’s a pretty great Shadowrun logo.

And just for fun, here’s the cover of the North American SEGA Genesis version of the game that features guns, l33t hacking, and steamy vents:

So, three Super covers to pick from, and just one vote. Click your favourite below and hit the ‘Vote’ button cast your vote thusly:

And that’s it for another round of the ‘bagarre d’art boîte’, as they almost certainly don’t say in Paris. Thanks to BionicDodo for this week’s suggestion. Have a fabulous seven days until we see you next time, after which you may continue to have a fabulous time in our company before the cycle of fabulousness begins once again. Adieu!