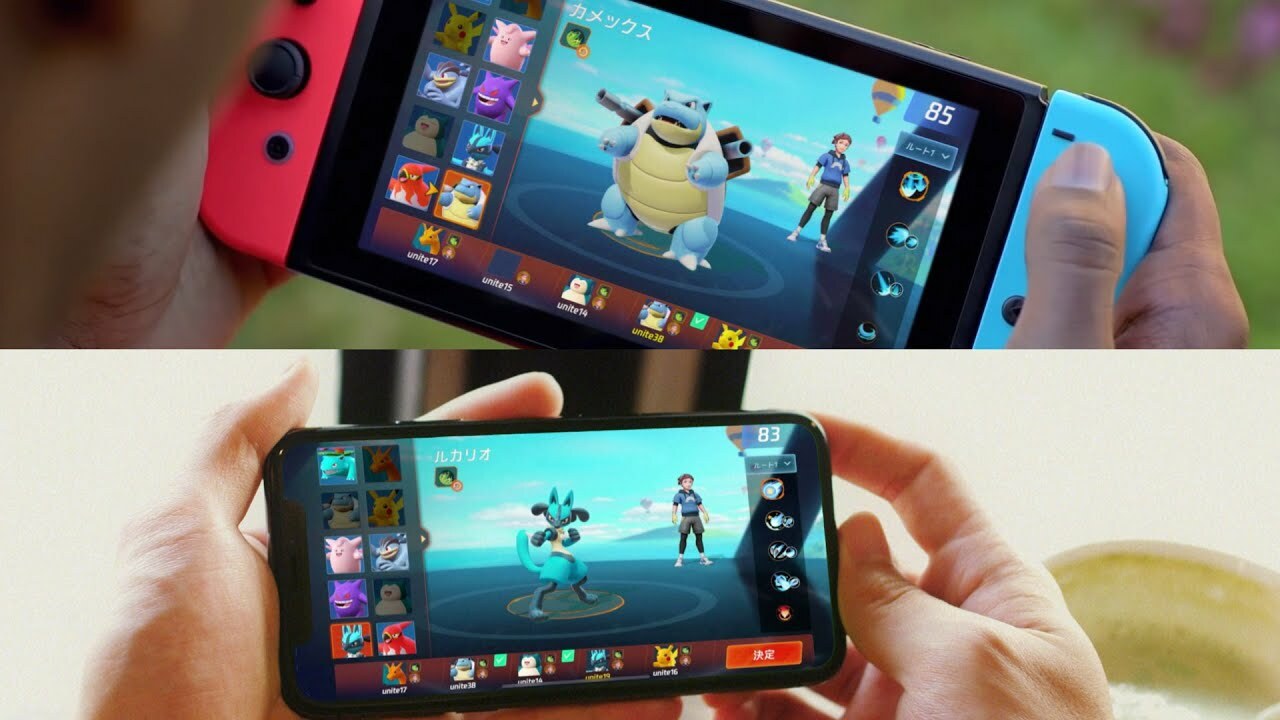 Earlier today, The Pokémon Company unveiled Pokémon Unite, a brand new, upcoming online battle game for Switch and mobile devices. That’s all well and good, but what on Earth is going on with its main promotional image?

In our rush to learn everything we could about the game when it was first revealed, we must admit that we didn’t even notice anything was wrong. Taking a closer look, though, reveals that the Switch has been incorrectly mirrored, with a screenshot of the game being whacked onto a console that’s clearly been messed up in editing (thanks @Akfamilyhome).

We’d assume this isn’t intentional, but the image was shown during today’s Pokémon Presents livestream and even serves as the official trailer’s thumbnail. Did nobody at The Pokémon Company notice that the Switch’s Joy-Con should be on the opposite sides, or that the buttons are reversed? As you can see, it isn’t simply a case of the entire image being flipped because the in-game text is showing the correct way – somebody plastered this screenshot onto a backwards Switch photo.

Of course, it doesn’t really matter all that much – we dare say there won’t be many out there who can’t identify which console the game can be played on thanks to the error – but it’s still surprising to see.

Anyway, back to more important stuff – like getting far too excited about the new Pokémon Snap game!

Video: Crysis Remastered’s improved destructible environment/vegetation bending features
Do The Last of Us Part 2 Bottle Silencers Actually Work? | The Science of…The Last of Us
Amazon Shopping – AMZN Mobile LLC
Reggie pays his respects to the late Satoru Iwata “His words and creations touched so many of us”
People Think that the Boy Pictured in Far Cry 6 Art is Young Vaas