The wait is over. The Foundation, our first expansion for Control, is out now on Xbox One. I’m here today to tell you more about Jesse Faden’s latest venture which takes place in the depths of The Oldest House.

For those who know little or nothing about The Foundation, let me fill you in. The Astral Plane is colliding with our reality and it’s up to the Director to travel through the caverns to search for answers, in order to prevent it from taking over the Oldest House. Helen Marshall (Head of Operations) is nowhere to be seen but may hold key information to what’s going on. It’s over to Jesse as the Director of the Federal Bureau of Control to seek answers and prevent destruction to the Oldest House.

Accessing The Foundation is straightforward, but you’ll need to have completed the main story first. On completion, head to the Hotline Chamber, talk to the Board, travel to The Foundation via the Maintenance sector and head on through the mysterious door that leads to the depths of the Bureau.

Create and Fracture Your Surroundings

The Foundation allows our Director to put an all-new ability to use. Known as Shape, this gives Jesse the option to Create or Fracture her surroundings, which will come in handy when navigating through the caverns of the Oldest House. Create is not only beneficial with navigation in the form of crystal creation, but also proves hugely advantageous when taking down enemies in battle. (You’ll soon see what I mean) Fracture on the other hand is applied to Jesse’s trusty Service Weapon and allows players to destroy crystal formations around her. Which again, like Create, can prove hugely beneficial in battle if used at the right moment.

While exploring the caverns beneath the Oldest House, Jesse will come up against a brand-new enemy type known as the Hiss Sharpened. Don’t underestimate their strength, the Hiss Sharpened are intelligent, quick and brutal in their attacks. These melee enemy types come armed with a pickaxe in hand, so think strategically and consider how best to use your Abilities to take them down. Our top tip? Think about Shield Rush and Levitate in particular.

Our latest expansion offers around 4 to 5 hours of gameplay, which includes some pretty pur-fect opportunities to explore. We’re feline optimistic that players will enjoy what The Foundation has to offer, even if certain missions feel like a dream or maybe a scene from a bad movie. I won’t tell you more than that, so good luck, keep an ear out for additional things to do and let’s move swiftly on!

The Foundation offers some incredible photo mode opportunities, so take time to stop and capture your surroundings. We’re looking to feature some of our favourite community captured shots on the Official Control Xbox Club over the coming weeks, so get creative and be sure to link us up to your content on social media. As a reminder, Photo Mode is easily accessible via the Options menu in-game.

On behalf of the team at Remedy Entertainment and 505 Games, we want to say a huge thank you to each and every one of you for being on this incredible journey with us so far. Just over two years ago, we announced Control to the world, and we’ve come a long way since. But it’s not over, far from it. We hope our Xbox community enjoy The Foundation and we look forward to hearing your thoughts. 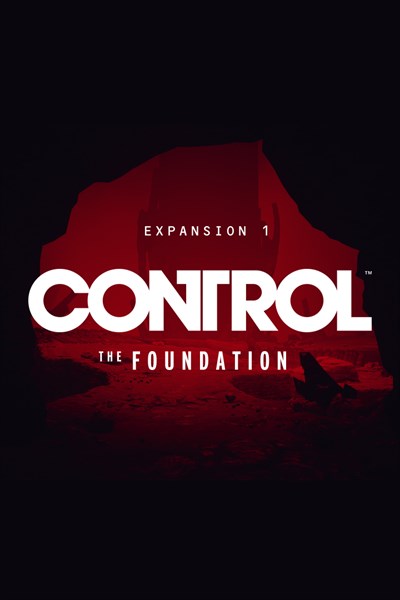 ☆☆☆☆☆
2
★★★★★
The Foundation Expansion includes new story content and side missions as well as new weapons and mods inspired by the Oldest House’s mysterious origins.

The Astral Plane is colliding with our reality. Jesse Faden, the Director of the Federal Bureau of Control, must travel through the caverns of the Foundation to prevent the Astral Plane from consuming the Oldest House. The missing Head of Operations, Helen Marshall, may hold some answers to the mysteries surrounding this threat…