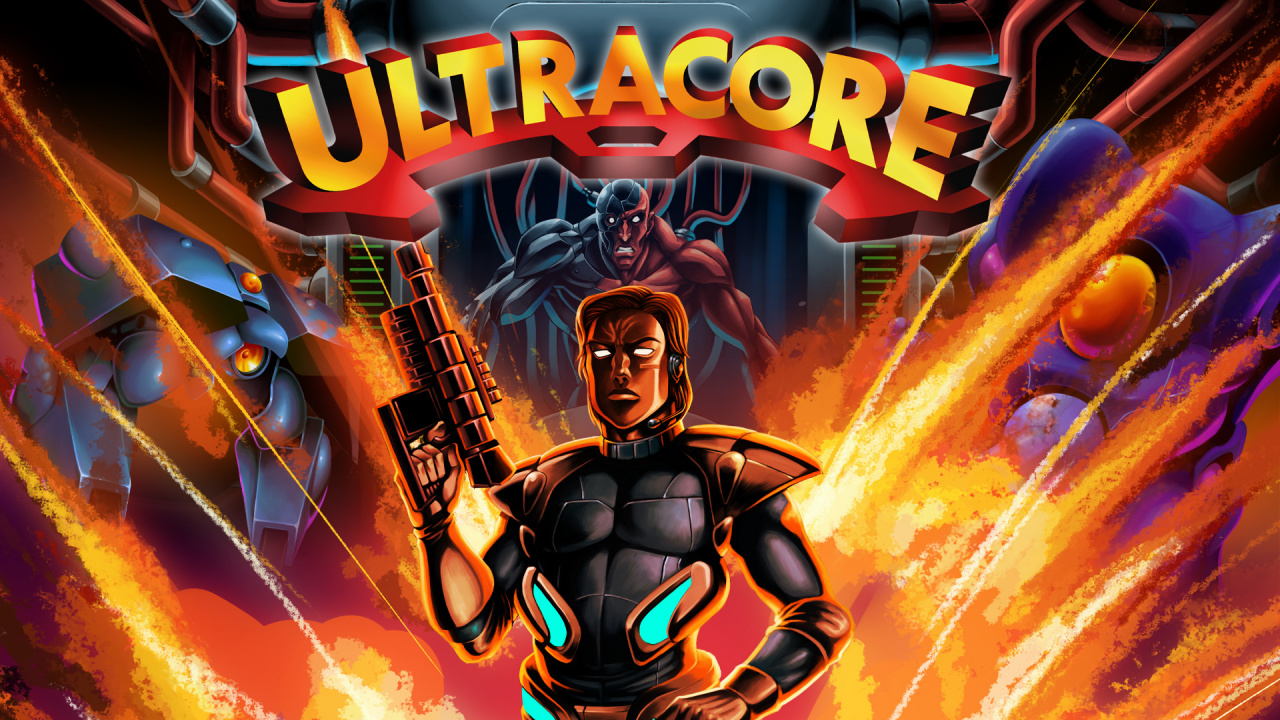 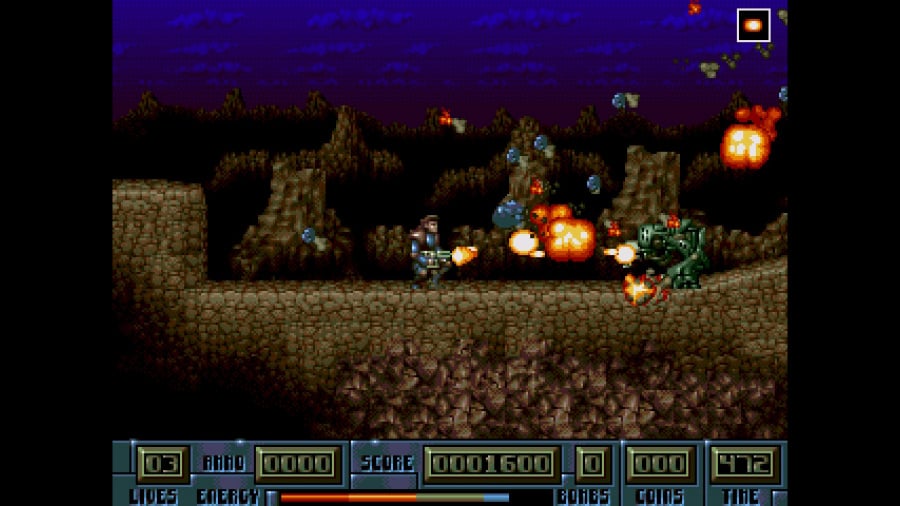 Back in the forgotten, misty year of 1994, a game called Hardcore (developed by Digital Illusions, now better known as DICE) was previewed in game magazines for Mega Drive, Mega CD and Amiga. Then, thanks to the encroaching next generation of consoles, publisher Psygnosis canned the title when it was borderline completed. And now, with the new name Ultracore and following a period of hardware exclusivity as a pre-loaded title on Analogue’s Mega Sg and a proper, physical release via Columbus Circle in Japan, this lost 16-bit run n’ gun title has finally seen release on modern consoles. The question is, should it have stayed in limbo?

Thankfully, the answer to that question is no. Ultracore was absolutely worth preserving. Finding out it was developed under Psygnosis’ watching eye wasn’t any kind of surprise; the look of the game absolutely recalls the aesthetic of the company’s beloved Amiga titles, such as Blood Money and Leander. As a result, it’s comfortingly familiar at first play. This is no faux-retro title; this is the real deal, for better and worse. 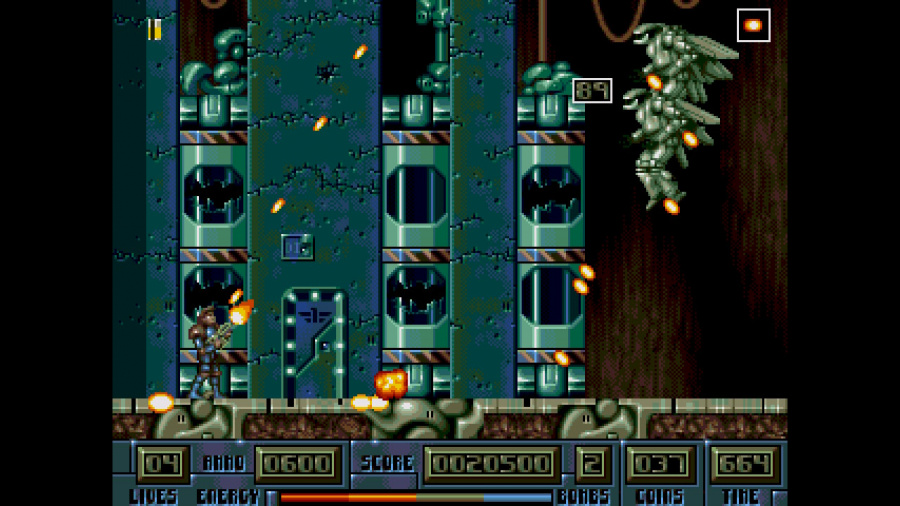 Jumping into Ultracore, it’s difficult to find an immediate point of comparison; it’s very much a Mega Drive-feeling game, but it doesn’t have the overwhelming spectacle of Gunstar Heroes or the tight pacing of Contra: Hard Corps. It’s definitely its own thing, but there’s a snifter of Turrican and Fatal Rewind in there, for sure.

You’ll be blasting your way through intricate, maze-like stages rather than linear left-to-right set-piece-laden obstacle courses. Security cards need to be found, switches pulled and secret paths located and utilised to progress. Naturally, this is not easy, with an onslaught of robotic enemies opposing you from the word “go”. Seriously, there’s a lot of them, but you’re able to aim in any direction, as well as hold the shooting button to maintain fire at a target while moving away. In a move that rather defies the game’s Mega Drive roots, the addition of twin-stick shooting has also been added. Interestingly, this advantage still doesn’t make the game particularly easy, and we wonder if the enemy count was amped up to compensate for this level of control. 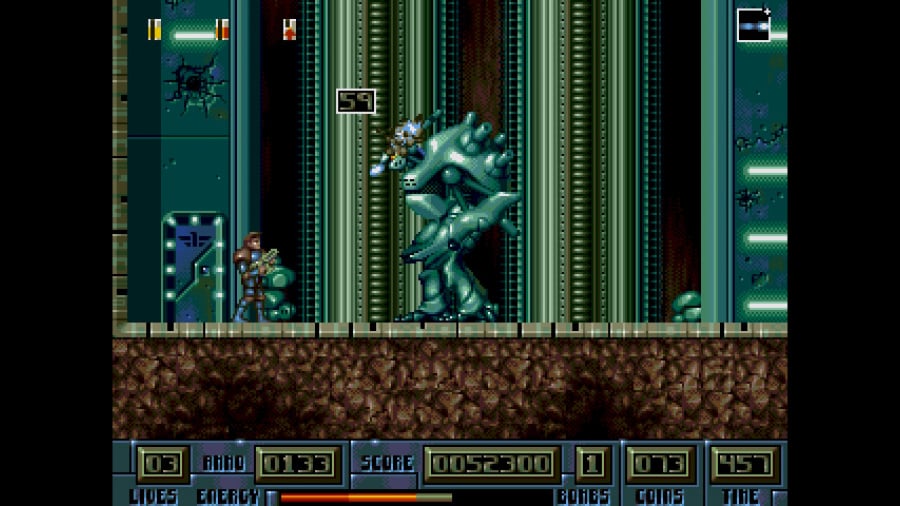 Said enemies are a little disappointing, sadly. There are a lot of small, annoying flying foes and little in the way of credible opponents besides the missile-launching walkers that quickly turn up. Some of the enemies are so small and indistinct that they’re actually difficult to see against the darker backgrounds, leading to some health loss or even death that feels a touch unfair. Dying, though, is a bit of a slap on the wrist in Ultracore – fall into a pit, for example, and you’ll respawn right back where you were.

Stages are laced with secrets, usually hidden within the walls with visual clues as to where they may lurk. You’ll also be collecting coins with which to acquire items, such as screen-clearing smart bombs and new weapons, switching them out as you make your way deeper into the game. Pleasantly, though, your default rapid-fire gun feels anything but weedy and is always useful to have by your side.

There are only five levels, but they’re large, complex, meaty things with multiple boss battles. Said boss battles are pretty claustrophobic, with aggressively large mechas getting fiercely up in your space, but your freedom of movement goes some way towards mitigating this. Unfortunately, clearing these bosses and progressing through the game leads to our most major issue with Ultracore – there’s no save feature. 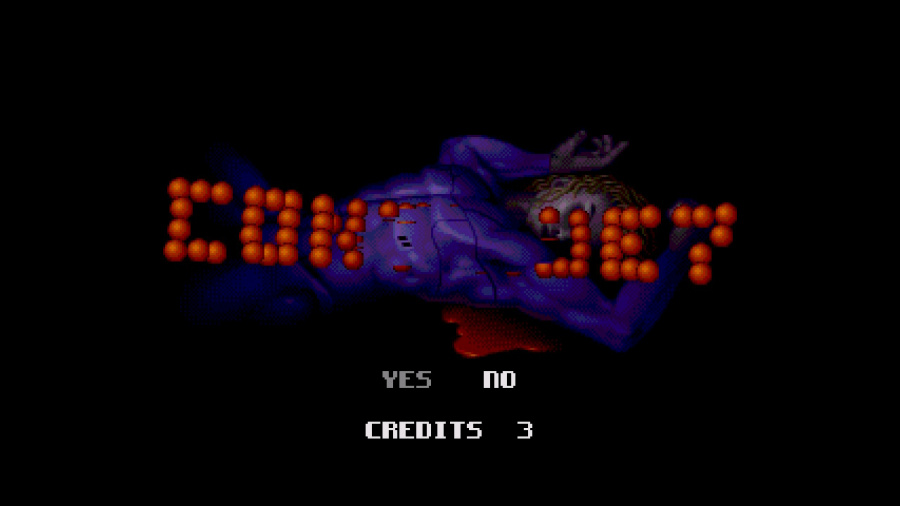 As was usually the case back in the 16-bit days, you’ll need to use a password system to retain your progress, and in 2020 that’s kind of a tall order. Sure, you can put it in sleep mode, but even the Arcade Archives releases have a save state feature; if they added twin-stick, we feel as though they could have added the ability to save your game, too. Still, it’s definitely fun and it’s not so prohibitively long of a game that it’s going to really put you on the spot to finish it in a couple of hours or so. Difficulty is reasonable throughout, too, though it ramps up for the final two levels, as you’d expect.

Aesthetically it’s quite a treat – the graphics, as noted earlier, have that trademark, European-style aesthetic, with just a shade of Bitmap Brothers-style flair. The soundtrack is cool, too, with options for both the original FM chip sounds and a brand new synth-style score from multiple different artists. As good as the Mega Drive sounds are, we’d recommend the new OST for your playthrough – it’s a bit of a banger.

it’s really cool that a cancelled 1994 game can get a new lease of life like this, and Ultracore is a good example of its genre. The lack of a save feature, though, is a black mark against it – we can’t understand why such an option wasn’t included, given other modern features (twin-stick control, the switchable soundtracks) are present and correct. Still, this is solid retro action and a fascinating “what could have been” experience. Of course, in this case, “what could have been” eventually was.

Japan: Pokemon the Movie: Coco will arrive in theatres 25th December
No More Platform-Exclusive Characters Are Coming To Avengers
The Alto Collection coming soon to Nintendo Switch
Kojima on Similarities Between Death Stranding and Current World Events: I’m Not a Prophet
Review: Fairy Tail – A Disappointing RPG That’s For Fans Of The Series Only