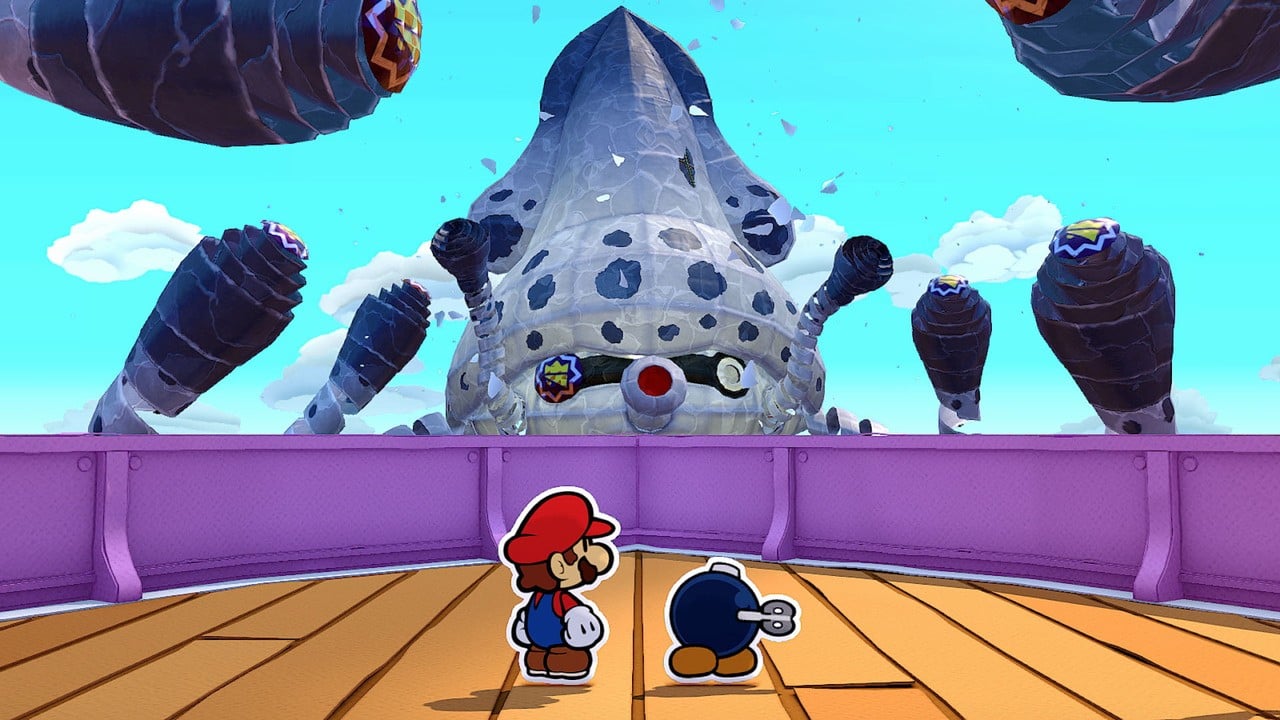 The very first review of Paper Mario: The Origami King has now been released courtesy of Japanese publication, Famitsu. The review arrives just over a week ahead of the game’s official release.

As you many know, Famitsu’s scoring system has four different reviewers rate the game out of ten. The magazine’s reviewers each awarded the game a 9/10, resulting in a final score of 36/40 (thanks, Gematsu).

We’ll have our very own review of the game for you a little nearer to the game’s release. Paper Mario: The Origami King launches exclusively on Switch on 17th July.

If you’ve missed our previous coverage, treat yourself to a cheeky listen of a song from the game’s soundtrack, or read up on how the game introduces a ‘seamless open world’.

Animal Crossing: New Horizons Has Sold More Copies Than The Entire Metroid Franchise
Season Pass 4 will launch for Tekken 7 this fall
Fortnite’s JoyRide Update Adds Drivable Cars On August 5
Tombstar is a rootin’ tootin’ roguelite from the maker of Crossy Road
Ed Boon wants a NetherRealm tournament including all of its games