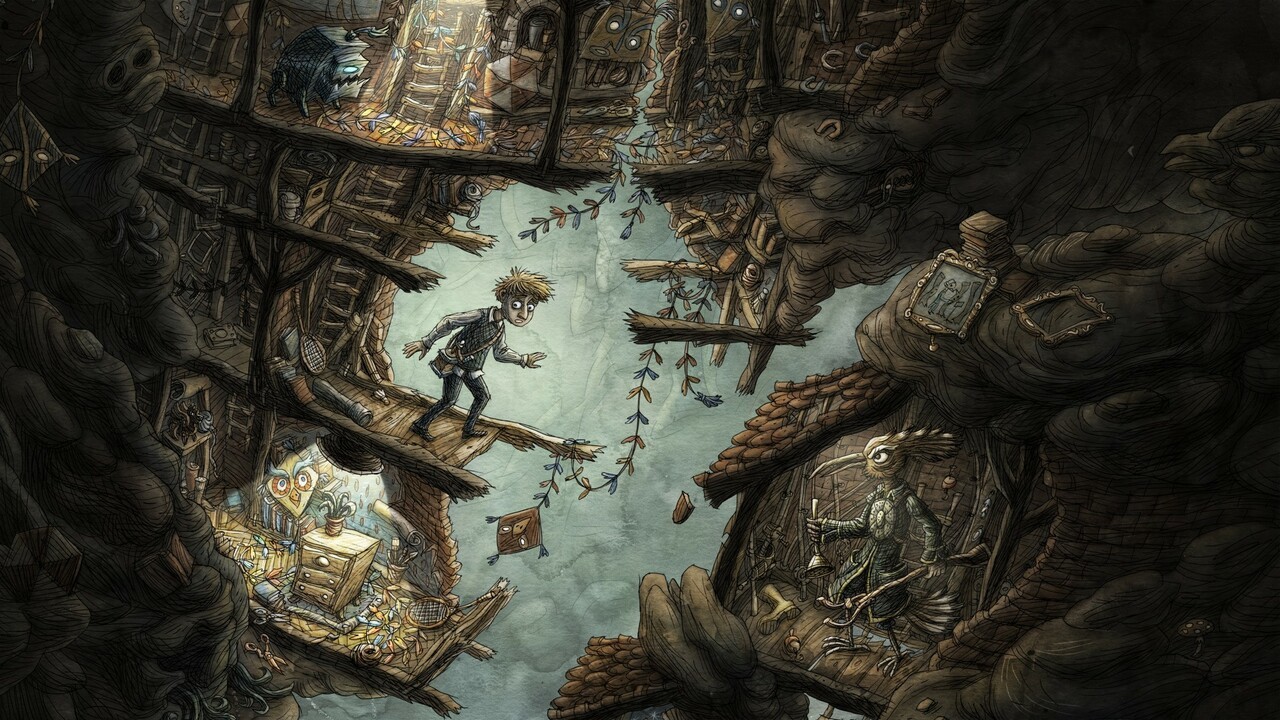 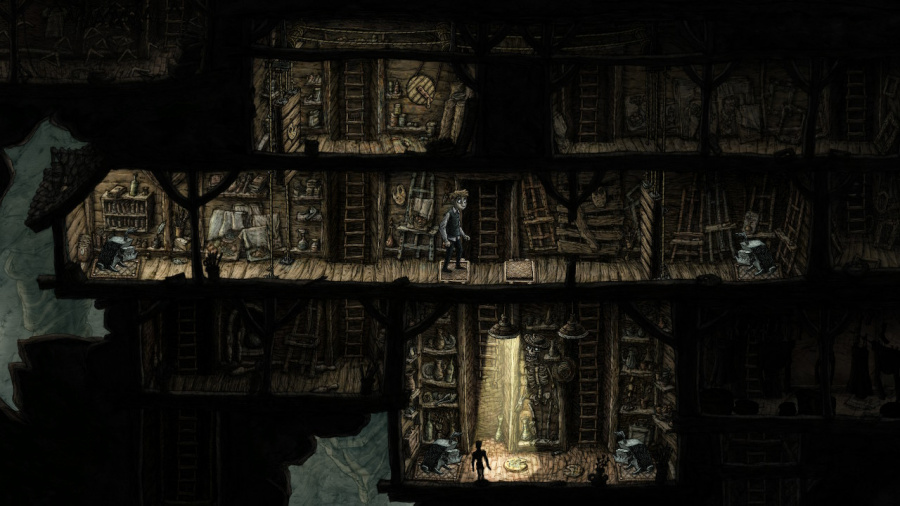 Amanita Design has made quite a name for itself producing distinctive, visually alluring and extremely intuitive point-and-click adventure-puzzlers for PC and mobile. Across the likes of Botanicula, Samorost and Machinarium there’s an evident shared love for the absurd and a predilection for charming wordless narratives. Now, the Czech developer is back with Creaks, a title which offers everything fans have come to expect of an Amanita game in spades but blessed with a newfound directness that should appeal to the console crowd.

At the outset of the game, our meek protagonist discovers a hatch in the wall of his ramshackle room. This hatch leads to a strange underworld citadel populated by curious creatures, including a race of avian bipeds, a gang of aggressive mechanical dogs, and a scattering of floating jellyfish. As is Amanita’s way, it’s never spelt out to you who these creatures are or what their place is within this dark and dilapidated world. It’s left to you to read between the lines, viewing curious clockwork artwork and playing the odd mechanical game as you discover them in the hallways, studies, and storerooms of this labyrinthine structure. 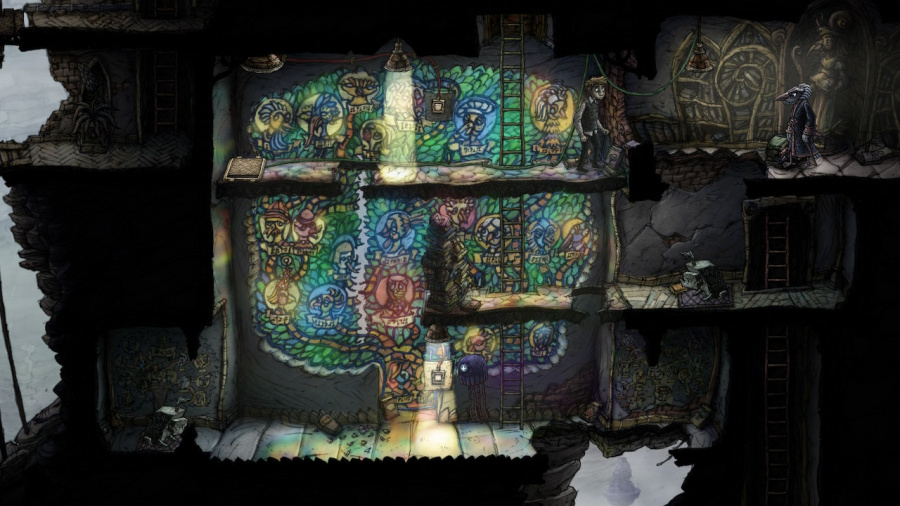 Occasionally, you’ll encounter one of the game’s brief cutscenes, which will show some of the creatures interacting with one another in a garbled patter. You’ll soon start to suspect who or what the true threat is from their expressions alone, as well as how your interests might align with those few parties that don’t want to kill up upon sight. All this is set dressing, of course, but with Amanita, the set dressing is a hugely important part of the overall package. Creaks is deeply atmospheric, with a painterly art style that calls to mind Braid (albeit far darker and more intricate), and a macabre grown-up-fairytale edge that’s occasionally reminiscent of Limbo.

When it comes down to the gameplay, Creaks is a remarkably pure platform-puzzler, but with the weighting heavily stacked towards the latter. Progress is made not by jumping between levels – there isn’t even a jump button here – but by clambering up and down ladders, dropping through gaps, and flipping a variety of switches to open doors and turn on lights.

Light plays a big role in Creaks’s puzzles. Its subterranean enemies are extremely sensitive to the artificial glow of a dangling lamp, which forms an effective barrier for herding them onto switches or away from escape routes. Catch any enemies directly in the glare of a light, meanwhile, and they’ll turn into a solid item of furniture that can be clambered on and pushed around. At a certain point in the game, you’ll receive the ability to remotely control certain lights in the game – which feels every bit as empowering as an exotic new weapon or tool in an action game, even though it’s really quite banal when you get down to it. 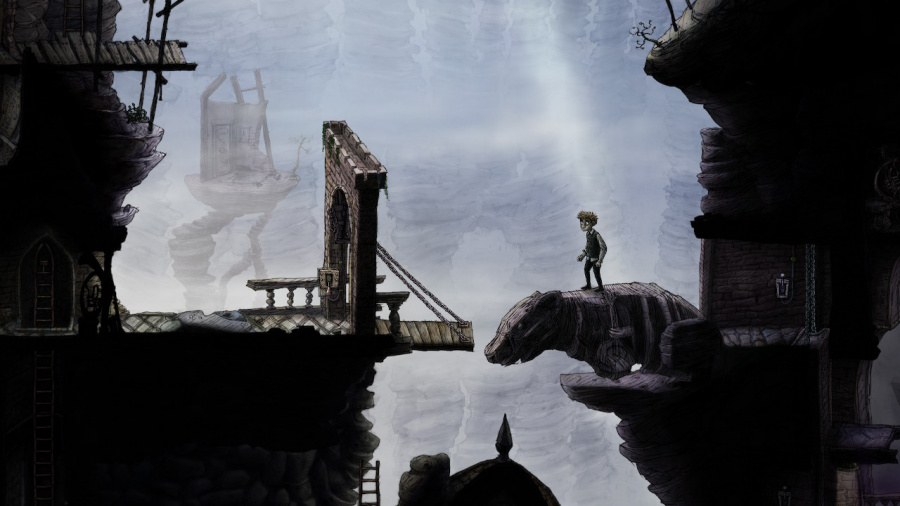 That’s because the puzzles in Creaks steadily build in complexity, regularly coaxing out new ways of thinking about the world around you. Enemies have their own peculiar behavioural patterns that must first be observed and then weaponised, often playing one off against the other.

We never found ourselves outright stumped, but we did have to pause and really think through the solution to a few of its puzzles. The game treads the fine line between challenging you and frustrating you very well indeed, and it never loses sight of the fact that you’re on a narrative journey, or that keeping you in one place for too long would run counter to its storytelling aims. Like we said, Amanita is a master at this sort of stuff.

The company’s wordless storytelling approach won’t be for everyone, of course. If you prefer clarity and directness from your Switch narratives, Creaks’s more subtle approach might try your patience. And Amanita’s lack of experience with console releases results in controls that are always functional, but never particularly tactile or fluid. You’ll need to be stood in exactly the right place to activate switches, and you might find yourself tapping your Joy-Con impatiently while you wait for the ladder animation to finish – especially if a large red-eyed robot mutt is bearing down on you. 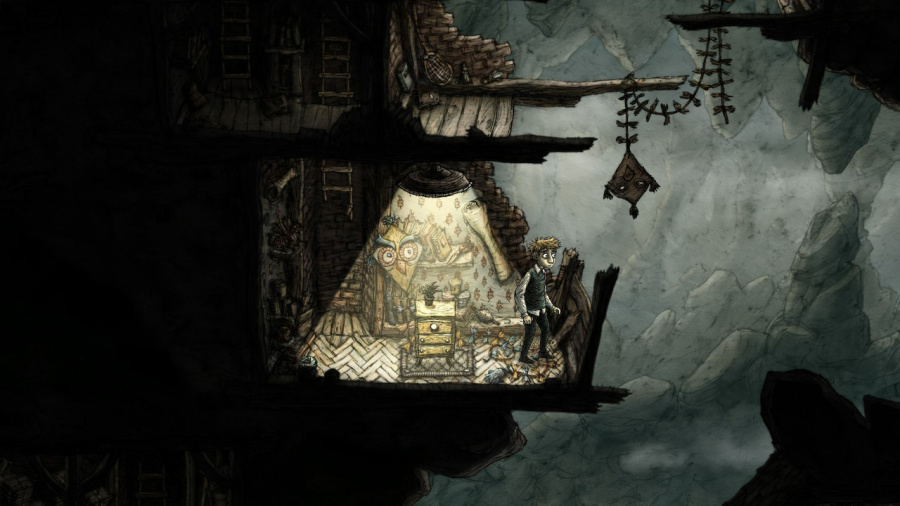 There’s a strong sense of linearity to Creaks, too. While you might seem to be wandering through a sprawling mansion at will, you’re actually following a very tightly scripted path. This is a game where the developer is taking you on a journey at its own steady pace, forcefully pointing out the sights it feels you need to see. Again, Playdead’s Limbo and Inside come to mind. As with those games, we have no problem with being led along on such a picturesque journey, but some may find the experience a little stifling and claustrophobic – and not just because of the underground setting.

Fans of clever puzzles and masterfully told dark fairytales will delight in Creaks. Bursting with atmosphere and quirky style, Amanita’s latest is full of clever puzzles and wordless storytelling. Its distinctive flavour won’t be to everyone’s taste, but this is an impeccably told fairytale that will also give your brain a thorough workout.