The order of the world has broken down, throwing gods into panic, rage, and weakened states. As the Japanese gods, led by Amaterasu, gather to assess the situation, Tsukuyomi hides in the shadows and then strikes. Tsukuyomi sees the opportunity to end Amaterasu’s rule and seeks to impose new order — his order — on the world.

Tsukuyomi demands order and perfection, and those who don’t bend will have their lives forfeited for the greater good. He doesn’t view himself as evil, simply that without such order the world will descend into chaos. In his mind, might makes right.

Tsukuyomi’s kit matches his personality as he keeps his distance until it is the right moment to strike, fitting well into his assassin class. Focused around using ninja-like abilities, Tsukuyomi channels moon magic through his twin tonfa weapons. He assaults enemies with shurikens and crescent ranged attacks, cutting off escape paths with caltrops. Enemies who get too close risk being disarmed and stunned by a kusari-gama. He excels at keeping a distance until he is ready to finish his targets.

His ultimate causes him to channel pure moonlight, shooting 4 beams of light from his fingertips. Enemies hit are marked and after all shots are fired he quickly dashes through all enemies hit, jumping back and forth between his targets dealing damage faster than anyone can see.

This update also continues the Avatar: The Last Airbender Battle Pass. Don’t forget that all Xbox Game Pass Ultimate members can get the Smite x Avatar Starter Pass for free as part of the Xbox Game Pass Perks program. This bundle includes the gods featured in the Battle Pass (Merlin, Susano, and Skadi), their voice packs, 3,000 Battle Pass Points, and a Daily Deal Token.

I hope that you enjoy the new God of the Moon update and I can’t wait to see the incredible plays made by Tsukuyomi! 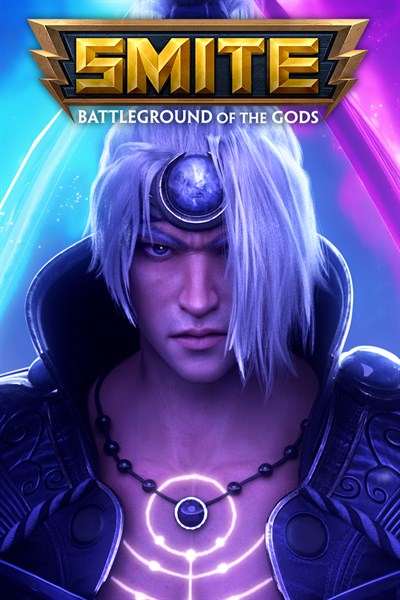 Join 35+ million players in SMITE, the world’s most popular action multiplayer online battle arena. Become a legend of myth, enter the Battleground of the Gods, and play FREE now!

100+ Gods
Unleash each deity’s unique strategies, legendary weapons, and earth-shattering powers. Rain lightning down upon your foes as Zeus, assassinate from the shadows as Loki, or transform and trick your foes as the Monkey King, Sun Wukong. Which God will you choose?

Unique Perspective
Unlike other MOBAs, SMITE puts you directly onto the battlefield with a third-person action viewpoint. From blind-side ambushes to aimed shots, a new pantheon of strategic possibilities awaits.

Become Godlike
Never played a battle arena before? Don’t worry. Auto-buy, auto-level, and the deathmatch-like Arena mode let you jump right into divine MOBA action. Aspiring pro? Top the ladders, join a competitive team, and you too could be playing at the SMITE World Championship.

Captain Tsubasa: Rise Of New Champions shifts over 500,000 copies at launch
Metal Gear Solid and Metal Gear Solid 2 might be getting re-released on PC
BlizzCon 2021 Dates Announced With ‘BlizzConline’ This February
NieR Replicant Arrives on Current-Gen Consoles and PC in April 2021
Xbox – A New Way To Share Trailer