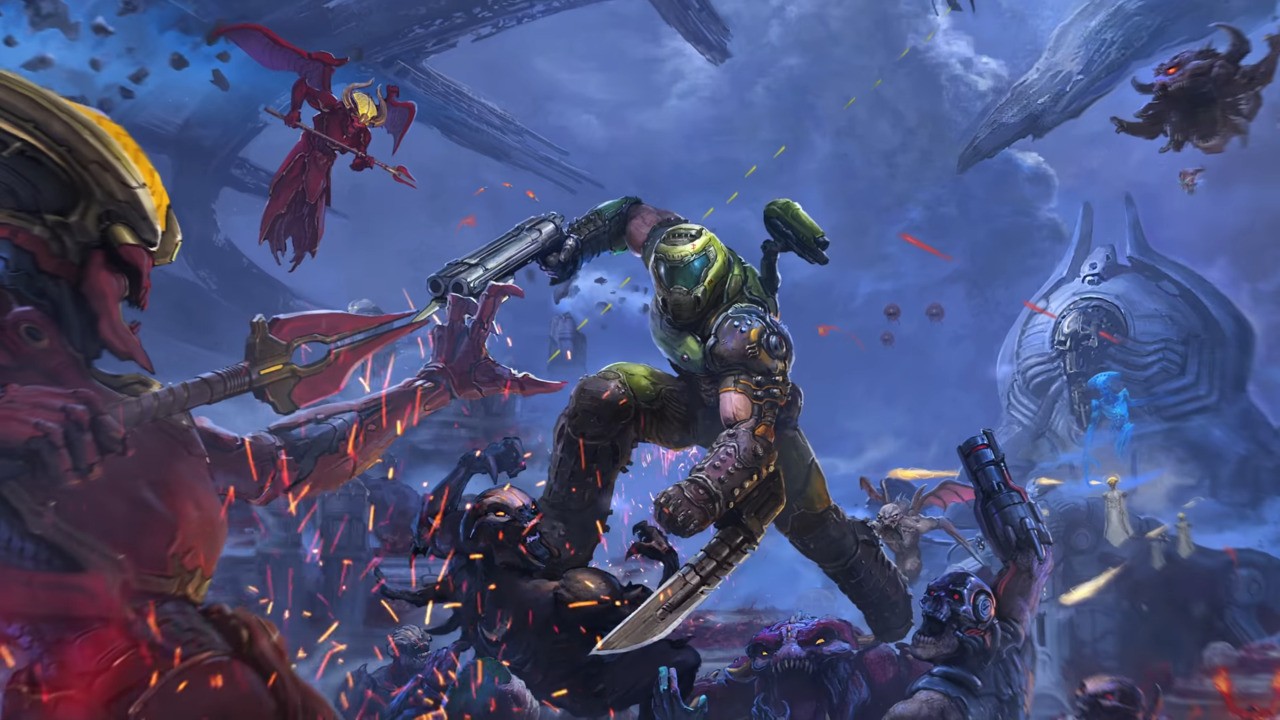 DOOM Eternal might not even be out on the Nintendo Switch yet, but that hasn’t stopped id Software and Bethesda Softworks from teasing the game’s first campaign expansion, The Ancient Gods, Part One.

This reveal was made by Marty Stratton and Hugo Martin in the opening presentation of QuakeCon 2020, and the full trailer for it will be revealed on 27th August at Gamescom Opening Night Live. Here’s a bit about it (spoiler alert):

Your victory over the hordes of Hell spared Earth from a perilous, demon-infested fate, but saving humanity has upset the delicate balance of power in the heavens. Become the DOOM Slayer once again and set things right in DOOM Eternal’s first single-player expansion, The Ancient Gods, Part One.

Travel to previously uncharted realms of the DOOM universe and confront a new challenge head-on when The Ancient Gods, Part One releases for DOOM Eternal later this year.

This DLC expansion is part of the Year One Pass, included in the DOOM Eternal Deluxe Edition and available for purchase digitally. We have more to share soon on this exciting new chapter

Earlier this week Bethesda also confirmed that DOOM Eternal would be released on Xbox Series X and PlayStation 5 – with Xbox One and PlayStation 4 owners able to upgrade for free.

This brings us to the Switch version. The last official update we got was in July when Stratton said the plan was to lock in a release date “pretty soon” for the Switch, and with this year’s QuakeCon now underway, we’re hoping to hear more soon.

Have you been holding out for the Nintendo version of this game? What do you think of the new teaser? Tell us below.